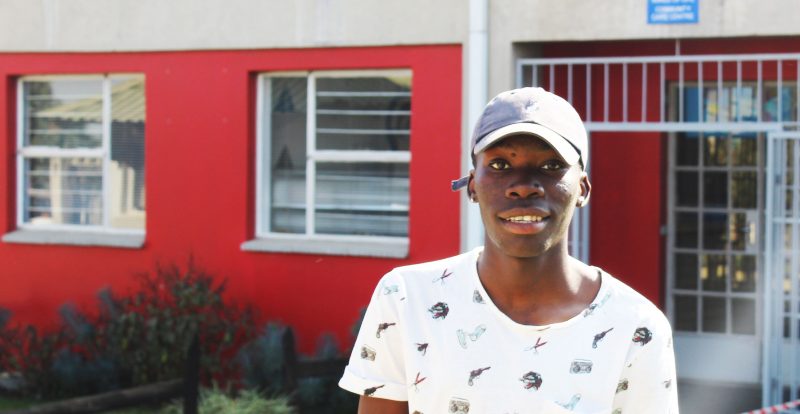 Many give up once they fail. Not Brutus Maake. After failing Grade 9 in 2017, Brutus saw this as an opportunity to seek help. He heard about Afrika Tikkun from friends and decided to visit the centre and find out more. A a week later Brutus enrolled in the CYD programme.

Two years into the journey, 19 year old Brutus is in Grade 11 and sees a great improvement in his academics. However, for everyone around him, the biggest surprise was Brutus evolving from a shy young man to a great, outspoken leader. Brutus says Afrika Tikkun has not only helped him acquire skills but also helped him to discover his true strength. From someone who never thought he had anything to offer, Brutus, once he began working with the facilitators and his peers, realised that his past failures do not define him. With pride, he now serves as a mentee at camps and also a Junior Social Researcher. Brutus sees himself as a great lawyer one day but also serving his community, perhaps as a respected politician and public speaker.

Brutus’s brilliance and leadership shone through the 2019 Quiz and Debate Competition as he led his debating team to victory.