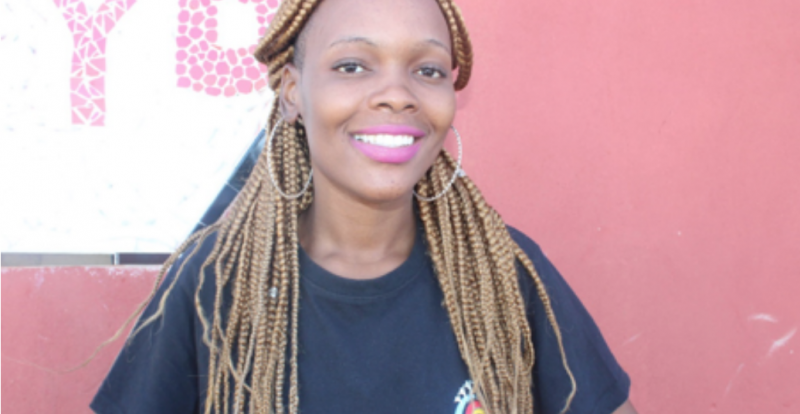 Pretty Chaboyo Lehong, 27, was looking forward to immersing herself in the job market after graduating from her mechanical engineering course. But instead, she was met with the bleak reality of unemployment. At the time, Pretty was also struggling in an abusive relationship. When the abuse became too much, she sought help at Afrika Tikkun’s Wings of Life center in Diepsloot. Mr. Makwena, the centre’s social worker was very supportive and together they established a personal development plan which included Pretty joining the Career Development and Placement (CDP) programme.

Life was not easy for Pretty and she did all she could to get things back on track. For some time, she depended on Afrika Tikkun’s food parcels and other donations to stay afloat. Upon completing the CDP programme, she joined Afrika Tikkun’s Alumni Programme  and she was appointed its vice-president. Towards the end of 2019, she also joined the Youth Employment Service (YES) Programme. Pretty currently works as the Alumni’s Network Coordinator and continues to hone her leadership skills, particularly when organising the Alumni camps.

Reflecting on highlights from her journey with Afrika Tikkun, Pretty said, “gender sensitization helped me deal with my previous relationship. I became part of the Young Urban Women and Men campaign which teaches and encourages young people not to stay in abusive relationships.” She has since regained her confidence, so much so that a childhood dream of becoming a lawyer is within reach. Thanks to the stipend Pretty receives from Afrika Tikkun, she is able to study part-time for an LLB through UNISA.

Pretty is testament of what belief, hard work and the right kind of support can do. We look forward to the next chapter of her life!