Are the human rights of children really that important?

Are the human rights of children really that important? Yes, if we want our children to become the next generation of economically active South African citizens, we need to understand that their capacity to be the best they can be starts first through the acceptance and recognition of their human rights.

March was Human Rights Month with the 21st a recognised public holiday commemorating the sacrifices made by South Africans in the struggle for democracy. Not only acknowledged in SA, people around the world are constantly talking about human rights and there is a day specifically earmarked by the United Nations (UN) to celebrate just this – International Human Rights Day is on December 10th every year.

But why are human rights so important? I’m sure that many will agree, we live in difficult times; and because of this, human rights guarantee people their basic needs, freedom and protection against abuse so that they can take full advantage of opportunities for a better life. For young people this  includes their right to association with both parents, human identity, as well as the basic needs for physical protection, food, universal state-paid education, health care, freedom from discrimination on the basis of  race, gender, sexual orientation, gender identity, national origin, religion, disability, colour, ethnicity etc ; being physically, mentally and emotionally free from abuse, care and nurturing.

Chapter 2 of South Africa’s Constitution includes the highly comprehensive and inclusive Bill of Rights, arguably one of the most progressive in the world today, and yet we are not without stumbling blocks to fulfilling all the aspects set out within it. As such, many NGO’s across the country work with government and the private sector to assist the Bill of Rights come to fruition for all South Africans.

The South African Human Rights Commission (SAHRC) reports in their 2016/2017 Trend Analysis[1] that “in the five-year period from 2011/ 2012 – 2015/ 2016 human rights complaints and enquiries rose from 8,149 to 9,238. The highest number of human rights’ violations reported to the Commission was in the category of equality where between 2014/15 and 2015/16 equality complaints jumped from 493 to 749, representing an increase of 34%. In addition, socio-economic rights have consistently been in the top five complaints reported to the Commission, and between 2015/16 and 2016/17 increased drastically from 428 to 631 – an increase of more than 30%”. More significantly, “when these complaints (631) are taken together with other socio-economic rights’ complaints relating to housing (297) and education (289), the total number of socio-economic rights complaints (1,217) exceeds equality complaints (705)”. 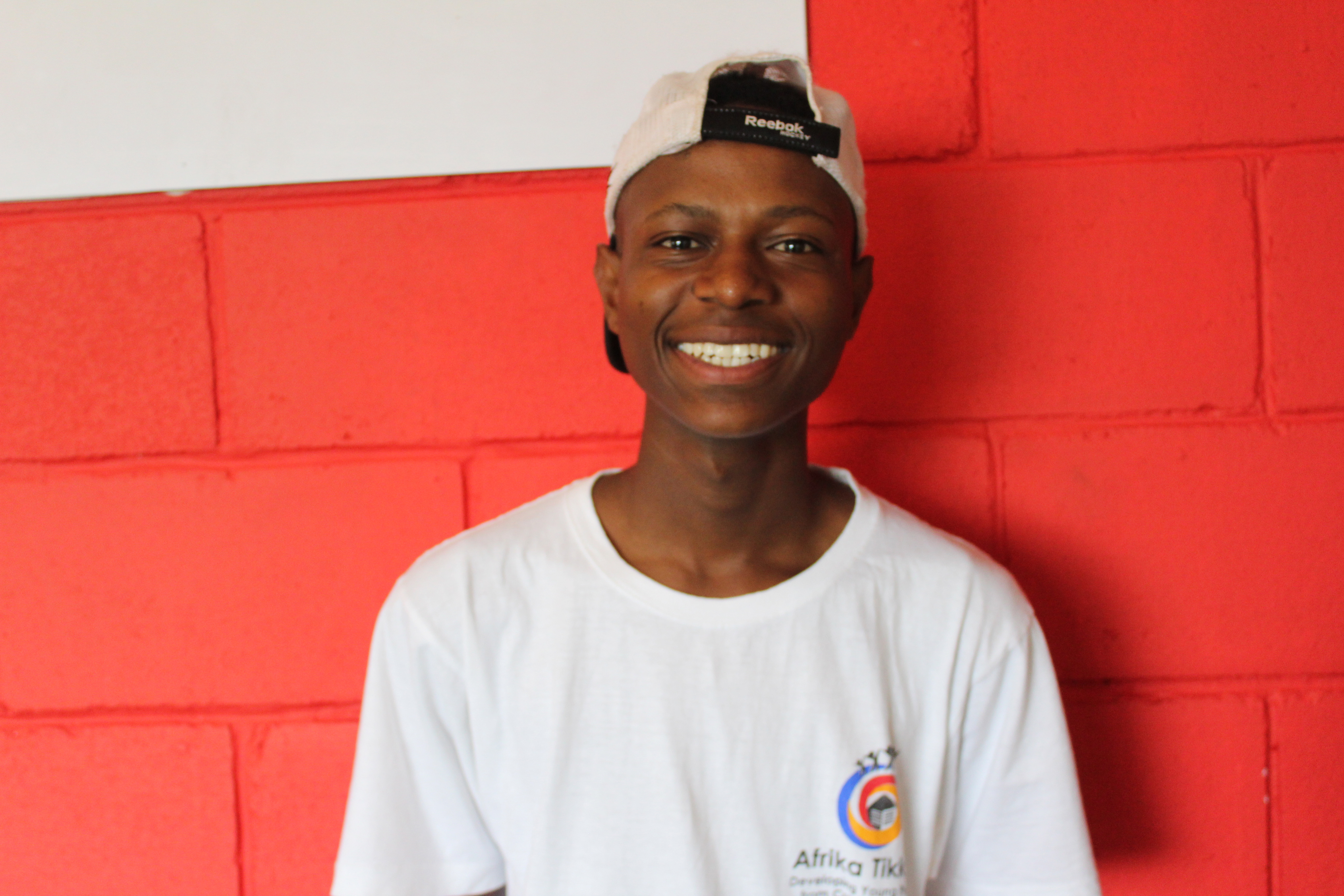 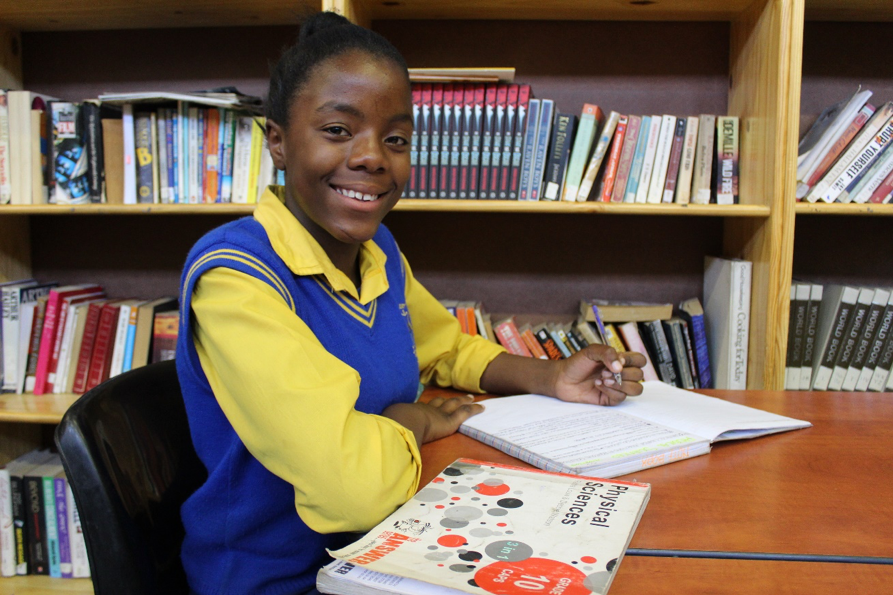 More importantly for us at Afrika Tikkun are the rights of children, the most vulnerable of our society: every child has the right ­to family or parental care, or to appropriate alternative care; to basic nutrition, education, shelter, health care services and social services; to be protected from maltreatment, neglect or abuse; and to be protected from exploitative labour practices; to freedom and security.

Do you see how that word ‘freedom’ keeps popping up? Possibly more so than adults, children need freedom. The guarantee of security, a stable environment and care enables children the freedom to learn, play and grow as individuals, which in turn encourages problem solving, self-reliant, capable and responsible adults. The freedom to express themselves and have opinions inspires confidence and a positive sense of self.

That said, in the 2017 Child Gauge by the Children’s Institute of the University of Cape Town[1] it was reported that one in three children will experience sexual or physical abuse before the age of eighteen. And more recently, Parliament heard from the Minister of Police, Bheki Cele, that 99% of children in South Africa have experienced or witnessed violence, and that 41% of all reported rape cases in the last three years have been of children.

Further, the 2018 Child Gauge[2] notes that South Africa has very high rates of child poverty. “In 2017, 65% of children lived below the upper-bound poverty line… and 36% of children were below the food poverty line, meaning that they were not getting enough nutrition”. They talk about “glaring racial disparities in income poverty: while 72% of African children lived in poor households in 2017, 45% of Coloured children were defined as poor, only 2% of White children lived below this poverty line”. In terms of employment, education and training – according to the Quarterly Labour Force Survey for Q2 of 2018 released by Statistics South Africa[3], “Of the 20,2 million young people in South Africa aged 15-34 years in the second quarter of 2018, 39,3% were not in employment, education or training (NEET) – an increase by 0,4 of a percentage point compared to the second quarter of 2017. The NEET rate increased for black African males and white males… The female NEET rate was higher than that of their male counterparts for all population groups.”

This is not freedom for the children of our nation… who we say are our future and the hope of the nation.

Afrika Tikkun is one of a network of organisations working to make SA a better place, protecting the rights of children and young people, and lending support to enable them develop into young adults with the education, skills and value based attitude that gives them the ability to access the economy in real time. We aim to economically empower young people through our Cradle to Career 360° model from early childhood development through to job placement and beyond. Moreover, we offer outreach and support services to children of all ages with programmes such as nutrition and food security, health care, gender-based violence and child abuse programmes, family support and an empowerment programme for children and families living with disabilities.

At our five centres of excellence in Gauteng and Western Cape we have over 12,000 registered young people every year who each receive a comprehensive set of services designed to propel them into success, and we provide additional services to over 10,000 beneficiaries on ad-hoc interventions. In 2018, 2,102 vulnerable families received psycho-social support; 2,206 received primary healthcare services; 659 families of children with disability were supported; 1,381,572 meals were served; 2,143 food parcels were distributed to families in need; 941 kilograms of food was harvested from vegetable gardens; and we handled 57 child protection cases. We also advocate for the rights of women and children, freedom of speech, empowerment and child protection throughout the year with campaigns such as Memeza Bazokuzwa.

All of this in an effort for the children of South Africa to be productive citizens of the future. If we want the country to grow, we have to acknowledge the human rights of all its inhabitants and work together to ensure their safety, freedom, economic advancement and well-being. It takes a village to raise a child.